How I Became a Runner at 300 Pounds

I have always been very transparent with my weight loss journey and my experiences before and after making healthy lifestyle changes. A woman that I met through Weight Watchers has been following my story and she asked me how I became comfortable with running. “I want to start running, but I am so self-conscious,” she said. “How did you become so confident with running and what did you do to become comfortable with running in public?” I suddenly felt as if I had gone through a self-unrealized butterfly transformation. Someone saw me as a runner and a confident one at that? When did this happen? 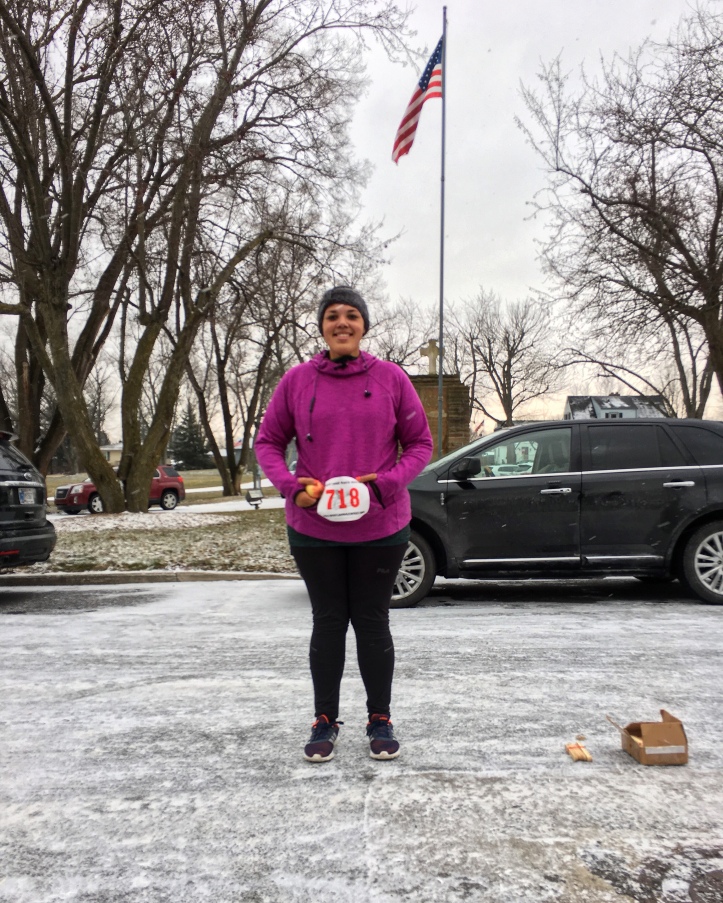 I was 331 pounds the first time I participated in a 5K. I was initially drawn to the race because it was a charity event and all of the proceeds were going to local food banks. I had never run one mile, let alone three miles, so I felt extremely outside of my comfort zone and my heart was pounding as I anticipated the entire experience.

Before the race, my Mom, sisters, and I sat at a picnic table among the other race participants. As we chatted, I overheard an older woman at the table next to ours. “You’ll definitely be able to run up those hills if she can,” she pointed toward me as she laughed to her husband. “If someone that fat can do it, anyone can.” “Running isn’t about weight or size,” he responded. “You can’t tell how good a person is at running just by looking at them. The skinniest guy in the world could be the slowest in a race.” I was glad her husband corrected her, but her words still cut deep. I just wanted to run and I hadn’t done anything to deserve such harsh judgement. I had never seen that couple before in my life, but life at 300 pounds was like that. It’s as if I was constantly holding a sign openly accepting criticism from anyone and everyone.

Throughout the race, I struggled to run more than a couple of yards at a time and I walked most it. I was second to last to cross the finish line, but I finished. I was proud of myself for finishing, but I was also a little embarrassed because it took me over an hour to complete the 5K. The race timer shut off at 60 minutes so it was unclear what my actual finish time was, and the crowd had dispersed by the time I arrived to the finish line. After jogging through the nearly empty finishing area, I took a moment to silently celebrate myself and then I went to meet my family by the race time results.

Three years later I joined Weight Watchers and I had not ran since that first 5K. I wanted to become a runner throughout my weight loss journey because running works every part of your body and it’s such a natural form of exercise. All you need is yourself and you’re able to run anywhere. One month into my Weight Watchers experience, I started the C25K (Couch to 5K) app after I had settled into a routine with my healthy eating. I did not start running the moment I started my lifestyle change because I didn’t want to overwhelm myself with too many lifestyle alterations all at once. It’s what worked well for me, and the greatest choice a person can make for themselves is whatever best fits them for who they are in that very moment.

The C25K app is a mobile app that gradually trains people to run 3.1 miles in nine weeks. During week one, the app alternated 60 seconds of jogging and 90 seconds of walking for 30 minutes. The first week lasted for three days and then the app introduced week two which came with a new set of running requirements. When I first started the app, I jogged extremely slow because finishing the 60 second goals were more important to me than speed. As I became a better runner throughout the nine weeks and built up a tolerance for running, my speed increased too. By week nine, I was able to run for 4.5 consecutive miles without walking or stopping.

I was living in China when I started running. I was teaching English at a boarding middle school and I lived in an apartment in the teacher’s housing building on campus. I would teach from 8AM to 4:30PM everyday and then go home to make dinner. I would do some work after dinner or catch up on my shows. At 8:00PM, I would put on my workout clothes and go outside to run.

I taught 7th and 8th graders at the school and in total I had over 1,600 students. To say everyone at the school was fascinated with me, my coworkers included, would be a complete understatement. They always wanted to talk to me, stare at me, ask me questions, invite me places, and just interact with me. There were positives and negatives to being the center of attention for absolutely everyone, but I was an extremely self-conscious runner and I did not want any of them to stare at me while I ran – and they would.

I moved back to America in July 2016 and stayed with my best friend, Danielle, in South Carolina for two months. I had lost 75 pounds since last seeing her, and she became my running buddy as I continued my routine. We ran on the trails near her house and the humidity during the South Carolina summer was practically unbearable, but the Spanish moss trees lining the trails almost made up for it.

Running with a buddy required a new kind of confidence because I had always ran at my own pace while living in China, but I felt compelled to try and keep up with Danielle, whom is a much faster runner than me. The desire to be competitive soon wore off because I directed my attention toward myself and further improving my running skills without focusing on anyone else.

I moved back to the Chicagoland area and participated in several races. I ran a Turkey Trot 5K, a charity 5K for a terminally ill little girl, a Polar Plunge 5K – the list was endless. As each race passed, I was focused on beating my time from the previous race. All I wanted to do was become faster and run further than ever before. Somewhere during my journey to become better for myself, I became a runner. 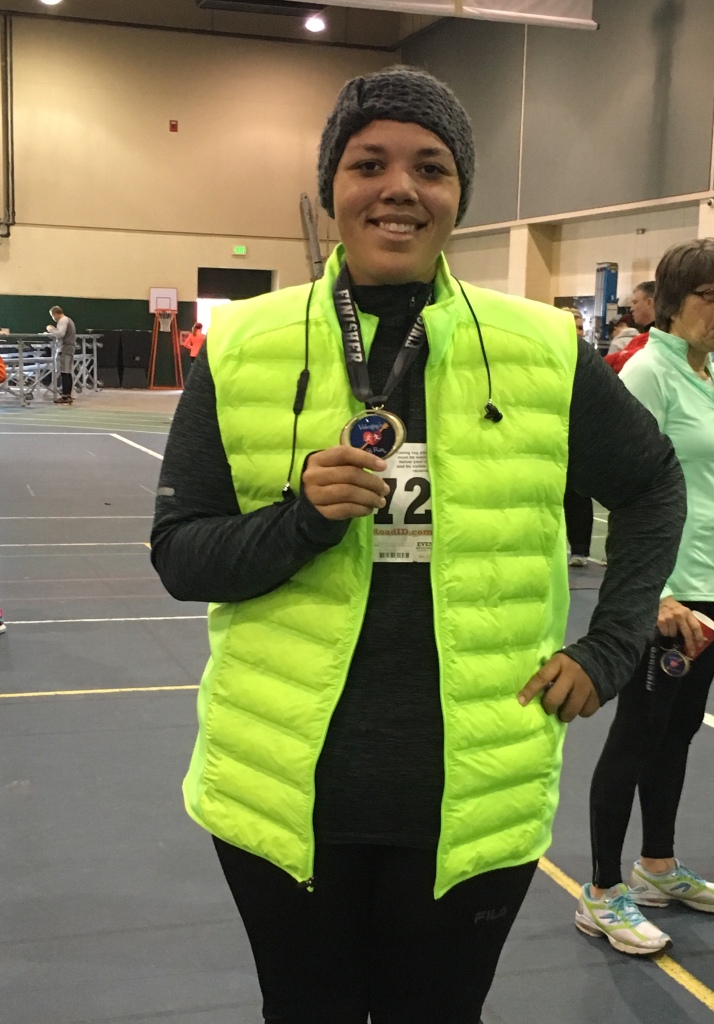 If you want something bad enough, the thoughts of others doesn’t matter. I didn’t become a runner overnight and I was over 300 pounds when I started. I’m sure there were plenty of times where I looked goofy or people thought something negative toward me, but my desire to become a better runner was all that mattered. The best part about starting something new is that you won’t always be brand new. Eventually, you get better. Time will pass and your skills flourish as the days fly by. After a while, you look back and see how far you’ve come. I knew I wouldn’t always be a 300 pound runner, but I needed to get through that part of my journey in order to transform into the runner I am now. A lot can happen when you mix a smidge of bravery with a dream. Having learned from my own experience, I promise you something great will come of it.