A League of Their Own: Visiting the Home of the Rockford Peaches

In July 2018, a bar in Wrigleyville hosted A League of Their Own themed trivia night. The questions ranged from film knowledge to historical inquiries regarding the real All-American Girls Professional Baseball League (AAGPBL). After reading up on the professional women’s baseball league (trivia nights in Chicago are serious business) and watching the movie roughly 100 times throughout my life, I won. I grew up playing softball and A League of Their Own has always been one of my favorite films. Therefore, when I found myself traveling near Rockford, Illinois last week, I absolutely had to stop at 245 15th Avenue — the actual field of the Rockford Peaches. 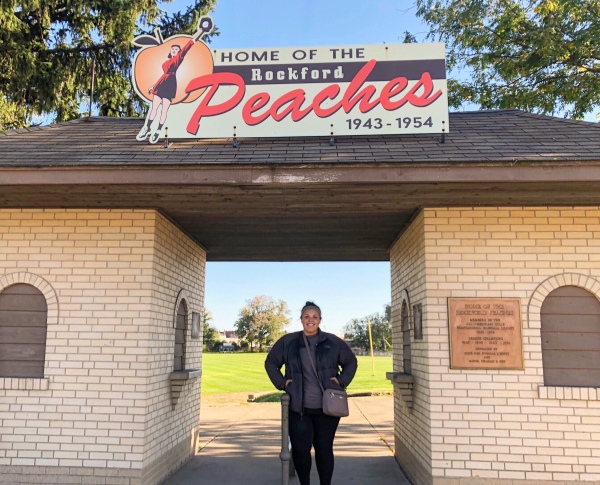 The AAGPBL existed from 1943 to 1954 and laid the foundation for women’s professional league sports in the United States. Eventually consisting of ten teams located in the American Midwest, over 600 women played in the league. 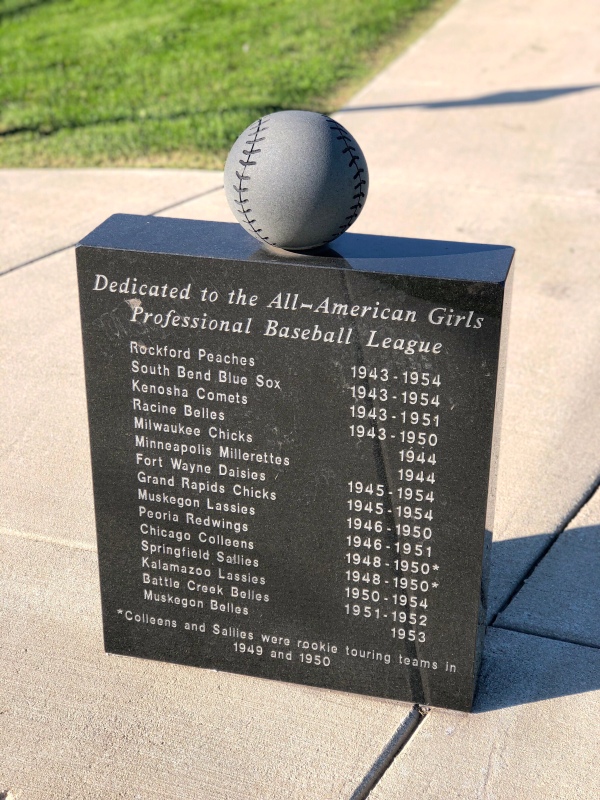 The women’s initial tryouts were held at Wrigley Field in Chicago. As expressed in A League of Their Own, women were scouted from amateur softball games across the country. Over 200 women were invited to try-out, but only 60 were selected for the league roster. 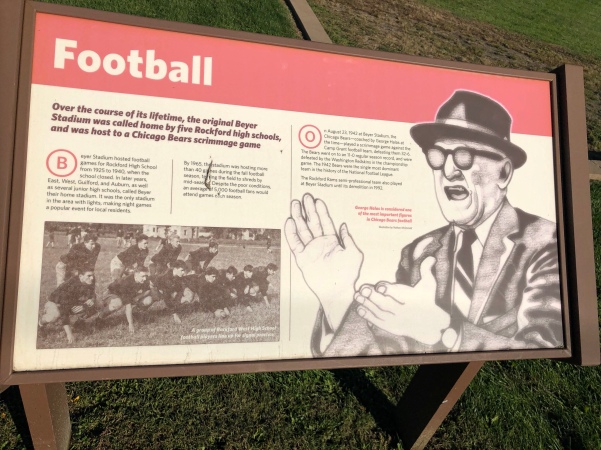 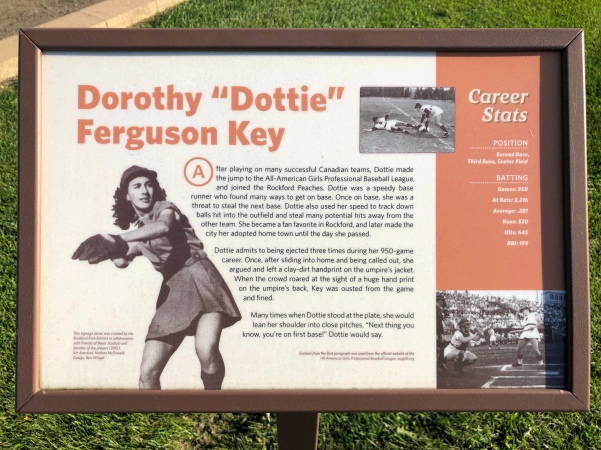 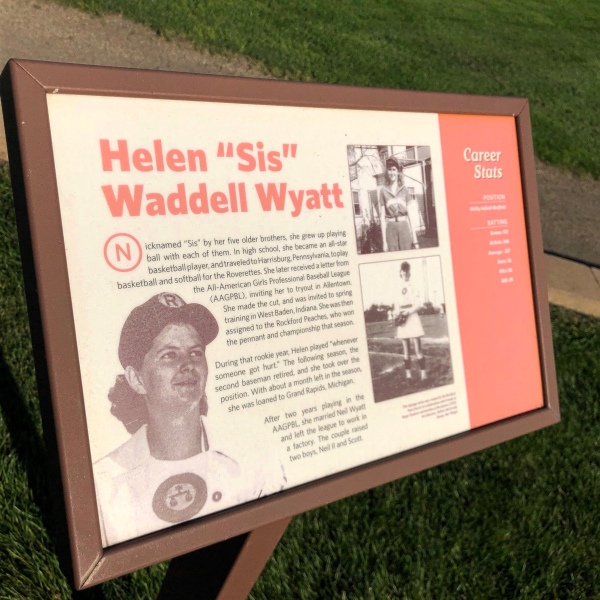 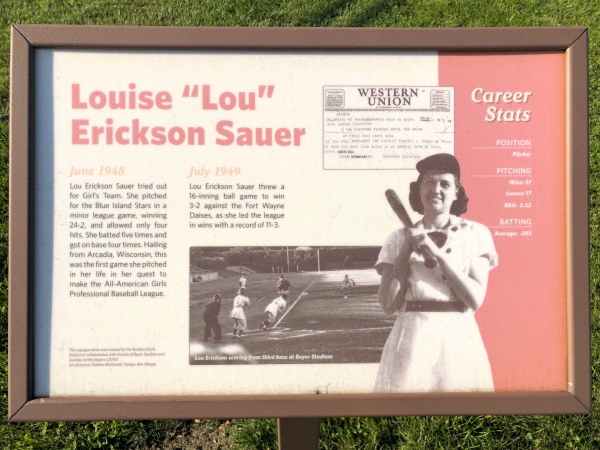 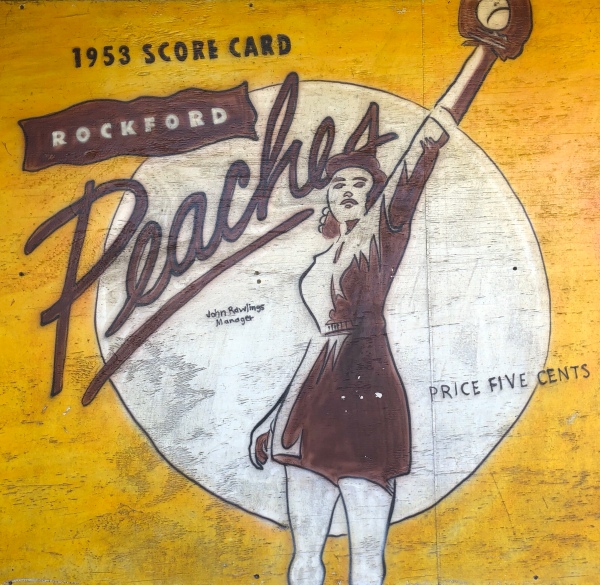 The home of the Peaches, also known as Beyer Stadium, was torn down in the early 1990s after falling into disrepair. In 2004, the Rockford Park District approved a proposal to revamp Beyer Park.

In June 2010, a re-dedication of Beyer Field celebrated the park as Rockford’s “Field of Dreams”. To commemorate the event, the Friends of Beyer Stadium and other donors recreated the original scoreboard, a vintage backstop, and installed a flag pole that featured the Rockford Peaches flag. The ticket booth is all that remains of the original Peaches’ stadium.

Albeit exciting, walking through the field was emotional. I love visiting historical places because there is something special about existing in a space, that served as an instrumental role in past events, I had previously only read about in books or watched in a film. It was easy to imagine the talented women showcasing their baseball skills to stands full of cheering crowds (some of which reached over 900,000 people at its height of popularity.)

The work and bravery of the women in the All-American Girls Professional Baseball League continues to ripple into the female sports of today. Walking through the home of the Rockford Peaches made their story come alive all over again.

“It’s supposed to be hard. If it wasn’t hard everyone would do it. The hard is what makes it great.”

— A League of Their Own